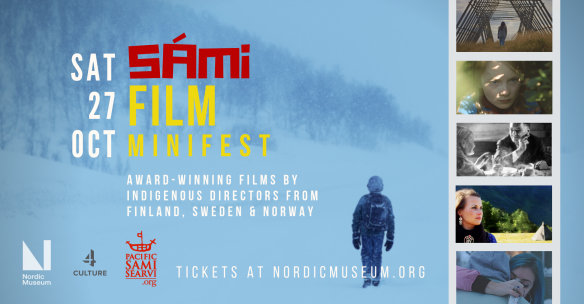 A dream come true: the first Sámi film festival in Seattle. If you’re reading this, trust me, you do want to miss these films, some of which are enjoying their premiere, and others that have won awards on the festival circuit and are unlikely to be screened here again.

Of particular interest for history buffs is “Kaisa’s Enchanted Forest” with French, Skolt Sami, German, and English dialogue (all the films are subtitled in English). It’s a moving and skillfully woven tale of unlikely friendships and the plight of the Skolt Sámi.

The documentary “Me and My Little Sister”  follows two sisters, one straight, one gay, who go in search of acceptance in Finnish and Norwegian Sápmi as well as Canada, and discover the myriad ways people restrict and empower one another.

Another film offering insight into hidden Sámi identity is “Family Portrait,” which follows the filmmaker’s effort to reunite her family in Norway.

Included in the day pass is a tour of the Sámi exhibits in the beautiful new museum. There will also be a panel discussion and happy hour, with food and drink available.

As the recently-elected president of the all-volunteer Pacific Sámi Searvi Board, I will be present with fellow boardmembers, enjoying the festival and recruiting new members. If you’re lucky you’ll walk away with one of these stickers for your laptop or car. See you there! 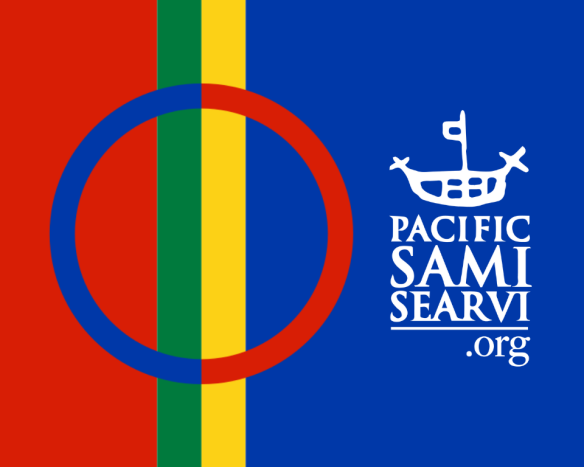 I leave to arrive, go away to be closer. —Nils-Aslak Valkeapää